Astrea Bioseparations Ltd (Astrea) have a range of high performance Ion Exchange and Hydrophobic Interaction Adsorbents which can be used in in combination with our Affinity adsorbents to produce highly pure proteins.

What is Ion Exchange Chromatography?

Ion Exchange (IEX) chromatography is used to separate proteins based on their net charge at a particular pH. A protein is positively charged when the pH is below the pI (isoelectric point) of the protein and is negatively charged when the pH is above the pI of the protein. IEX chromatography separates proteins by a reversible interaction between the charged protein and an oppositely charged adsorbent.

What is Hydrophobic Interaction Chromatography? 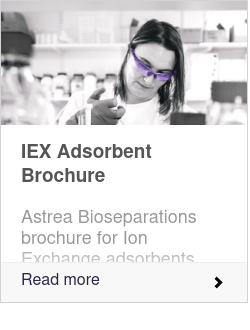 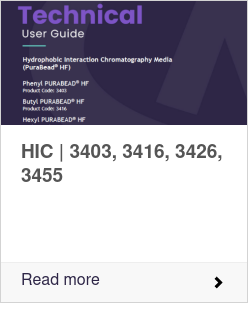