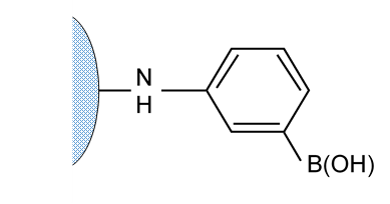 Importance of Protein Glycosylation in Biopharmaceuticals

Complex biopharmaceuticals drugs such as antibodies and enzymes are proteins and can contain 2 to 30% carbohydrate moiety attached to the protein via asparagine residues (N-linked) or serine/threonine residues (O-linked). The process of glycosylation is a complex post-translation modification process and multiple types of sugars are covalently bound, with multiple attachment sites and depending on the cells/clones and cell culture conditions, these can result in subtle differences in the glycosylation patterns. Glycoproteins have a high degree of heterogeneity and microheterogeneity and exist in subsets of glycoforms.  Glycoforms have different physico-chemical properties and may have biochemical and functional diversity

When bacterial expression with no post-translational modification is used for the production of proteins, these are composed of polypeptide chain with no glycosylation.  Production of complex biopharmaceuticals in yeast and mammalian cells results in products that are glycosylated.

The implications of this variability in glycosylation is that it can affect protein’s half-life, stability, immunogenicity and biological function. Consequently, there is an increasing reluctance to use therapeutic biomolecules which do not have normal glycosylation and many of these are now produced in recombinant expression systems that mimic the natural glycation i.e. mammalian cell culture.

Purification of Glycoproteins by Affinity Chromatography

For many years, immobilised Concanavilin A is the most frequently for the laboratory scale purification of glycoproteins. Concanavilin A, is a natural lectin; lectins are ubiquitous carbohydrate binding proteins found in nature and have high affinity for glycan residues found on glycoproteins, glycolipids and glycated biological compounds. Lectins serve for a diverse biological functions in animals including regulation of cell adhesion, glycoprotein synthesis and play role in immune systems.

Boric and phenylboronic acids have a similar affinity for 1,2 or 1,3-diol containing sugars (i.e. mannose, glucose, fructose , galactose) and when immobilised on suitable matrix to provide a synthetic chemical alternative to lectins for large scale purification of glycoproteins.  Compared to lectins, boronates have lower degree of specifity for glycoproteins but have much higher stability. Therefore, Boronate affinity chromatography adsorbents are stable when stored whereas a lectin adsorbent has limited storage and stability and easily degraded. Additionally, the use of immobilised lectins for affinity chromatography is limited due to high toxicity of many lectins, whereas boronates have no biological role and have no toxicity concerns.

The preferred ligand, m-Aminophenyl boronic acid is coupled to agarose base matrix and is the most widely used adsorbent. Biological compounds with sugar moieties such as glycoproteins bind to the ligand and are recovered using appropriate elution conditions. Applications of Boronate affinity chromatography adsorbent include purification of nucleosides, nucleotides, catecholamine, t-RNA and envelop viruses.

The most important application the adsorbent is as a general method for separation and purification of glycosylated from non-glycosylated proteins and often from other forms of glycosylated proteins. For optimal performance, the chemi-selective interaction of glycosylated proteins should be optimised while minimising any non-selective interaction with the adsorbent by careful control of electrostatic and cis-diol interactions. Specific binding step is carried out at high pH and moderately high ionic strength to suppress the ion-exchange properties of negatively charged boronate moiety of the ligand.  Use of too high ionic strength may increase hydrophobic interactions between the target protein and the phenyl group of the phenylboronic acid ligand.  The use of boric acid buffers and or addition of magnesium cation at low concentrations in the binding buffer to suppress the boronate charge is an alternative means for reducing the non-specific hydrophobic interactions.

Elution is carried out at mildly acidic conditions with low ionic strength or with competing a low molecular weight sugar. 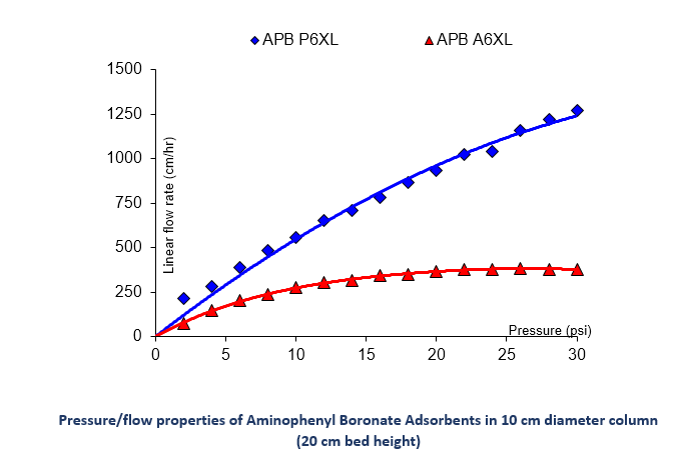 Where to use Boronate Affinity Chromatography Adsorbents

While Phenyl Boronate provide a very effective means for purifying glycoproteins, their efficiency for the purification is compromised by the presence of low molecular weight cis-diols and α – hydroxyl acids often present in the cell culture supernatants which compete with available binding sites. Consequently, for best performance, these material should be used at the intermediate purification stage after the capture and concentration stage in downstream process when low molecular weight impurities in in the column load are reduced. 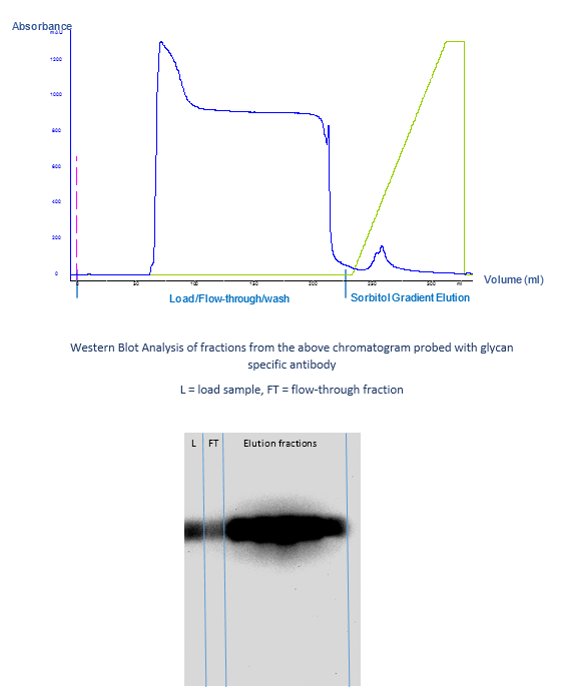 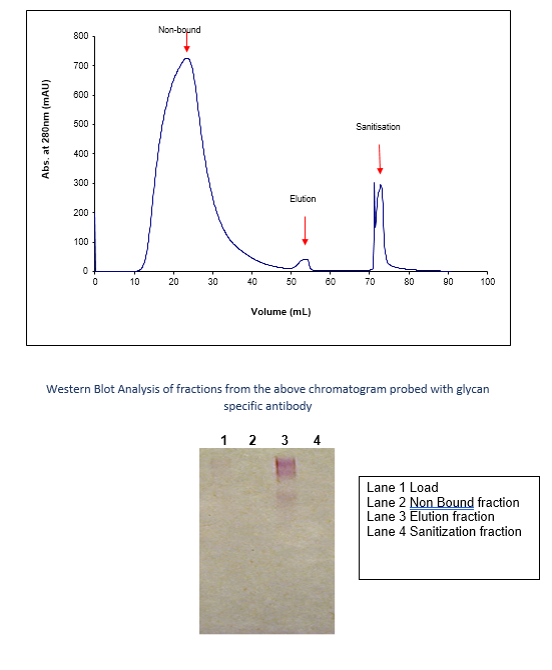